Whether you’re selling, renovating or just curious, you should know when your home was built. If you want to know how old, these easy ways to find out when a house was built can help you find the year. When purchasing a property, you’ll want to look up the history of a house to learn about past ownership and potential issues, including any major renovations that were completed. From property records to construction style, this guide will show you how to determine the age of your home.

How To Find Out When A House Was Built 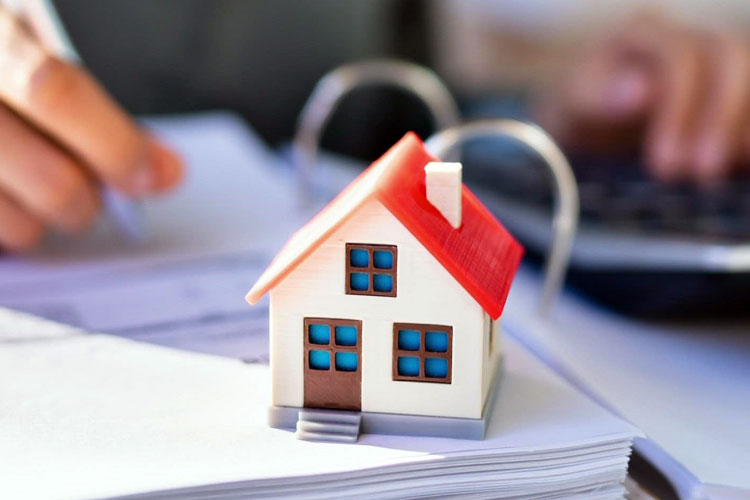 The fastest and simplest way to figure out when your house was built is to reference your ownership documents or to check an online real estate website. If your ownership documents aren’t readily accessible, you can figure out the year your home was built by visiting your local county assessor’s office and pulling records, hiring an inspector or talking to your neighbors.

In some small towns, the library may have a section devoted to documenting local history, including original building plans and old photographs showing historical properties.

Let’s discuss these research methods that will help you calculate the age of your property.

When Your House Was Built 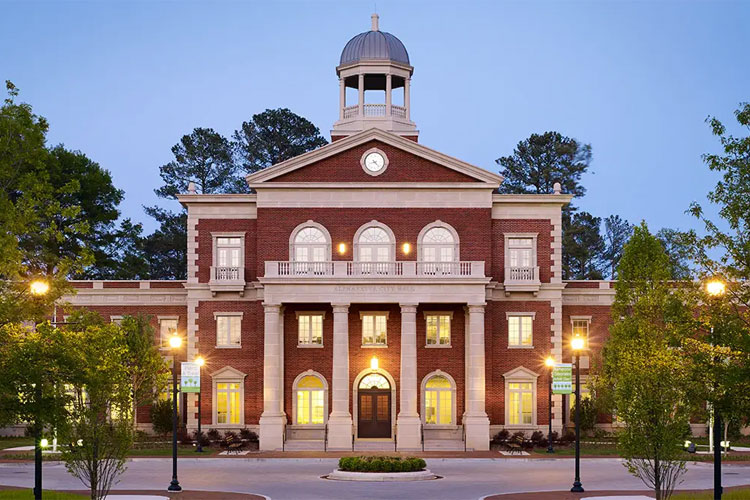 Your local county tax assessor will often have records showing the year the home was built, helping you determine the age of your property and its history. County assessors are local government officials whose primary duty is to set property values. This position can be elected or appointed depending on your state.

Assessors are required to appraise all properties regularly to determine their value. In most states, this process happens every year or every other year. The property taxes you pay as a homeowner are directly affected by the value of your property.

As a rule, county assessors must keep and maintain detailed records containing information about every property under their purview, making the county assessor’s office an excellent resource for people who want to learn more about the history of their home.

Many county assessors have digitized their records and made them publicly available, so you may be able to find information about the year your house was built by doing a quick search for your address in an online database.

If that data isn’t available online, you can also call your local county assessor or visit their office in person. 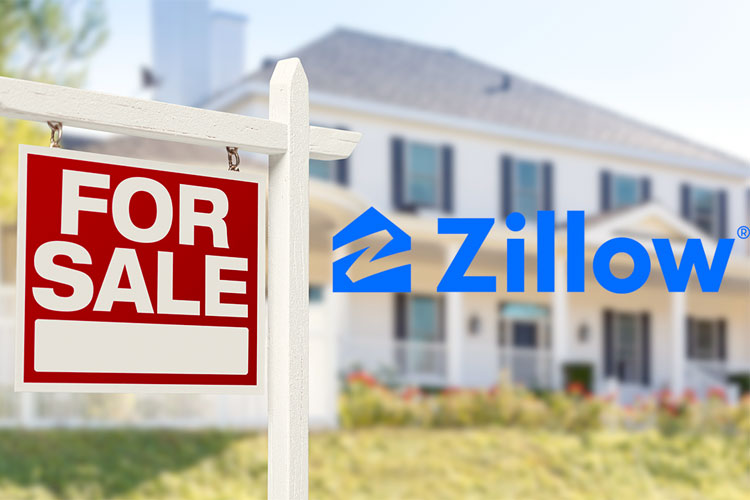 Real estate websites like Zillow, Redfin and Realtor have made it easier than ever for prospective homebuyers to do independent research on properties they’re interested in purchasing. These sites contain a virtual treasure trove of information about properties including square footage, construction materials, and selling history. These sites will also typically list the year the house was built.

If you’re wondering how these real estate websites acquire this information and how accurate the dates are, sites like Zillow, Redfin and Realtor collect public information from city and county records, which means that the information they list can be considered reliable and trustworthy.

When your home is more than a hundred years old, these online resources may not be able to provide you with an exact build year. 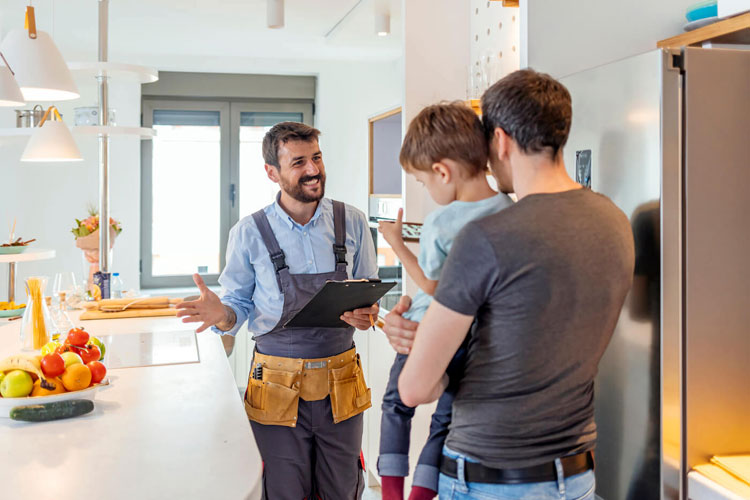 Purchasing a house requires a huge investment of time and money, and prospective buyers want to make sure they’re getting their money’s worth. Hiring a home inspector is the best way to verify that the property you’re buying is as advertised and doesn’t have hidden problems that could prove costly down the line. Home inspectors look for a plethora of prospective property problems, including the following:

Before visiting your property, a home inspector will typically do some research to find out the history of the property and the year it was built. If additions or renovations were done over the years, the inspector will want to make sure they were properly executed.

Knowing the year a house was built can also provide helpful context for their inspection. Building codes and standards are constantly changing and improving as we learn more about potential safety issues. Knowing the date a house is built will inform your home inspector whether they need to look out for issues like asbestos, lead paint, or outdated wiring.

If you are for some reason unable to obtain written records about your home, you may be able to use visual clues to estimate the era in which it was built. Construction materials and techniques can be indicative of a particular period in home building. Here are some things to look for as you launch your investigation.

If you have an older home with original fixtures, you may be able to find manufacturing dates stamped directly on them. Older toilets in particular will often feature the manufacture date on the inside of the holding tank. Metal components like a chimney cleanout door will also often display the name of the manufacturer and the year it was produced.

Doorknobs are a surprisingly rich source of information about historic homes. Though we use this feature every day, doorknobs weren’t common in home construction until the 1800s. Before that, doors were typically opened with leather straps and secured by beams or wooden latches. As the Industrial Revolution transformed manufacturing processes and as homes began to feature more interior rooms, decorative doorknobs were suddenly a hot commodity.

The materials and style of your doorknobs may be a good indicator of the age of your house. Pressed glass knobs were most popular between 1826 and 1850. Those were replaced by cut glass knobs, which stayed in vogue until 1910. Between the mid-1800s and the early 1900s, china and ceramic doorknobs were popular European imports. Meanwhile, cast metal doorknobs were introduced to the public in 1846. While a doorknob may not tell you the precise year your home was built, it may help you narrow down the range.

When it comes to flooring, both the materials used and the style of installation can tell you some important information about your home. Wood flooring in a herringbone or chevron pattern is highly indicative of a 1920s-era home, while parquet flooring was popular in the 1800s and then again in the 1950s and 1960s. Synthetic flooring wasn’t used until the 1900s, with vinyl dominating the industry post World War II until it was overtaken by laminate in the 1970s.

This knowledge on its own won’t necessarily be enough to tell you what year your house was constructed. However, you can use other context clues in your home to narrow it down even further.

Beginning in the 1700s, interior walls in homes were typically constructed out of lath and plaster. This time-consuming process required builders to nail, closely-spaced wood strips called lath to wall studs. In the 1950s, plaster fell out of fashion in favor of drywall which took significantly less time and labor to install. If the walls of your home are made of drywall, odds are good that it was built sometime during or after the 1950s. If you have plaster walls, it is likely older.

If you have an eye for detail, you may also want to check the nails used to build your house. For thousands of years, nails were hand-wrought out of sturdy materials like bronze and wrought iron, and had a rough-hewn quality. Beginning in the late 1790s, people began experimenting with using machines to make nails from iron bars.

While these nails looked less primitive, they still had a decidedly rustic vibe. It wasn’t until the 1890s that we began to see the slim steel and wire nails available today. If your home was built with bulky, square nails, it’s likely a historic property.

While examining the materials in your home is an interesting exercise, it may not be the most accurate way to figure out what year it was constructed. You may assume a fixture was original to the home when it was actually installed 20 years after the property was built. In cases like this, a manufacture date isn’t as helpful as it might first appear.

Look Around Your Neighborhood 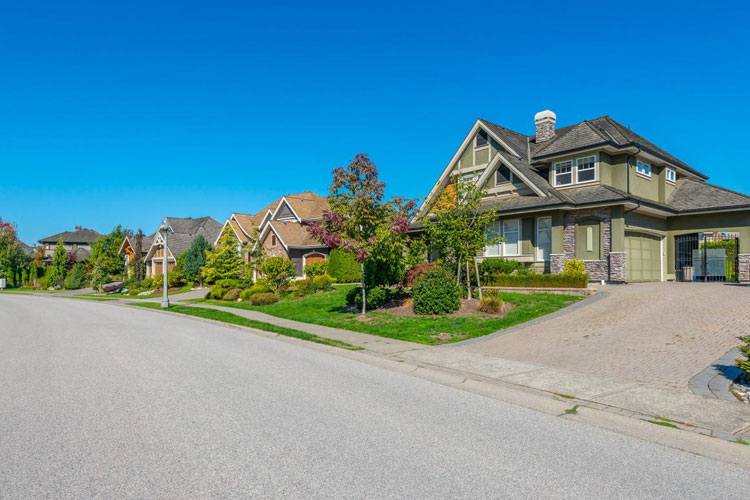 If your home has had additions or gone through extensive renovations, it can be difficult to get a feeling for when it was originally built. Leaving your house and taking a stroll around the neighborhood may be surprisingly informative. Anytime you visit a neighborhood, you’ll often find that the buildings share some physical similarities, because homes aren’t built in a vacuum.

When a neighborhood is developed, multiple houses are usually built at or around the same time. If you see a lot of midcentury-style homes in your neighborhood, there’s a good likelihood that your home was built in the same time frame.

Talk To Your Neighbors 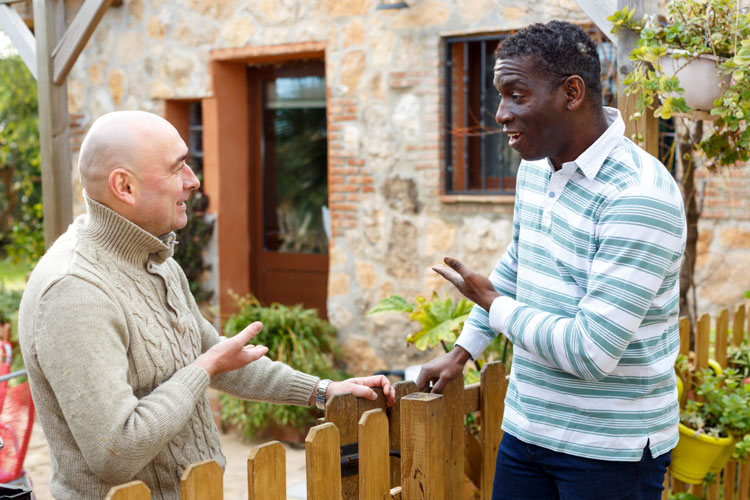 While you can certainly glean information from checking out home exteriors, looks can only get you so far. Your neighbors can be a great resource for information about the overall area, and possibly even your home in particular.

On average, American homeowners tend to stay in a home for 8 years before moving on but there are several older people who have stayed in their homes for decades. Take a plate of cookies to the elderly woman next door and introduce yourself. Not only will you potentially get some insights into your home, but you can also catch up on all the neighborhood gossip. 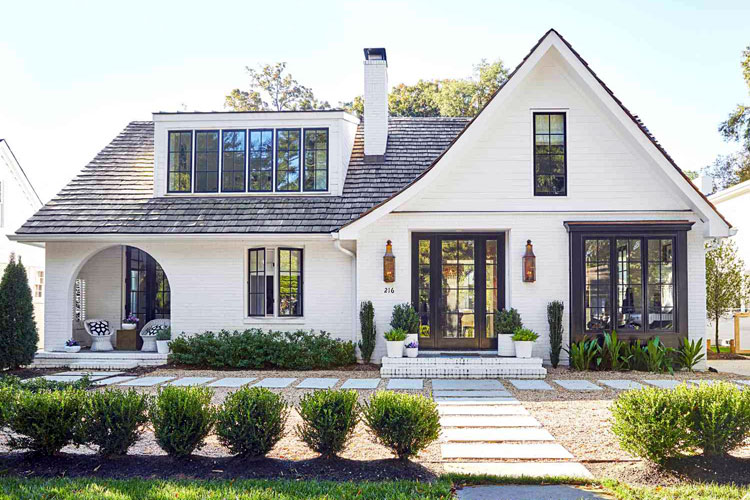 When we talk about different periods throughout history, we often define them in terms of visual aesthetics. For example, women in the Victorian era typically wore full skirts with bustles and petticoats, while flappers in the 1920s pushed boundaries with short, sleeveless dresses. Like fashion, architectural styles evolve with time. Certain styles of architecture are so distinctive, they can immediately reveal in what period a house was built.

As one of the earliest forms of architecture in the United States, Cape Cod-style homes have a classic and timeless feel. In the late 17th century, Puritan settlers adapted the features of a traditional English cottage so that it could withstand the harsh winters of New England. The most identifiable characteristic of a Cape Cod home is its steeply-pitched, side-gabled roof which deters heavy snow from accumulating. These broad and boxy homes are often just a single story, which fits with the style’s humble beginnings.

The Victorian era spanned more than sixty years, and various architectural styles waxed and waned in popularity during that time period. The type of home that most people envision when they think about Victorian architecture is known as the Queen Anne style. Queen Anne houses can be identified by features like a steep roof, large dormer windows, a large front porch, and ornate decorative woodworking. This style of home dominated the latter part of the Victorian era and was generally built somewhere between 1880 and 1910.

While Tudor architecture had its original heyday in the 15th and 16th centuries, it did experience a revival in America between 1890 and 1940. A traditional Tudor home is almost instantly recognizable by its two-toned exterior comprised of dark brown half-timbering mounted against a light stone or stucco exterior. Tudor homes also feature tall, narrow casement windows along with front-facing gables.

After the excesses of the Victorian era, Americans were ready to embrace a simpler architectural style. From about 1900 through 1929, Craftsman-style homes embraced handcrafted elements and drew inspiration from nature. A Craftsman home typically features a low-pitched gable roof overhanging a covered front porch that is framed by tapered columns. Craftsman homes tend to feature ample amounts of wood, but also incorporate other organic elements like stone fireplaces or slate walkways.