When it comes to outdoor decor, finding the right porch light can be tricky. A porch light color is a meaningful symbol that can represent the causes, movements and groups you support. While most homes use soft white for their outdoor lighting, people have different color porch lights for different reasons and understanding what each color means can help determine the mood you want to create. Whether you want your lighting to convey a message or just need a neutral option to illuminate your front door, there are several porch light colors to consider.

Some homeowners may want a blue porch light to show their support for law enforcement and increase awareness for autism, while others may prefer a green light to honor veterans, purple to represent domestic violence awareness or red for American Heart Month.

With so many different colors, it can be a challenge choosing the porch light you want on your house. To inspire you, we’ve compiled this guide on porch light color meanings. From blue to red, green, purple, orange and pink, explore what different colored porch lights mean to find a cause you support. 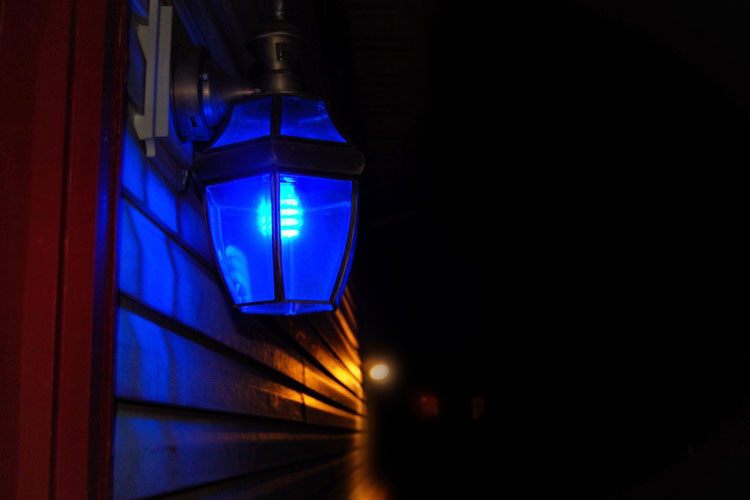 A blue porch light can symbolize support for law enforcement or raise awareness for autism. Blue lights can convey different messages during the year and allow homeowners to support many causes.

The law enforcement association has humble beginnings. In 1989, a woman named Dolly Craig began placing a blue light in her front window in honor of her late son-in-law, who was tragically killed in the line of duty.

Craig reached out to a local organization called Concerns of Police Survivors (C.O.P.S.), which supports loved ones who have been touched by a line of duty death to share her idea. 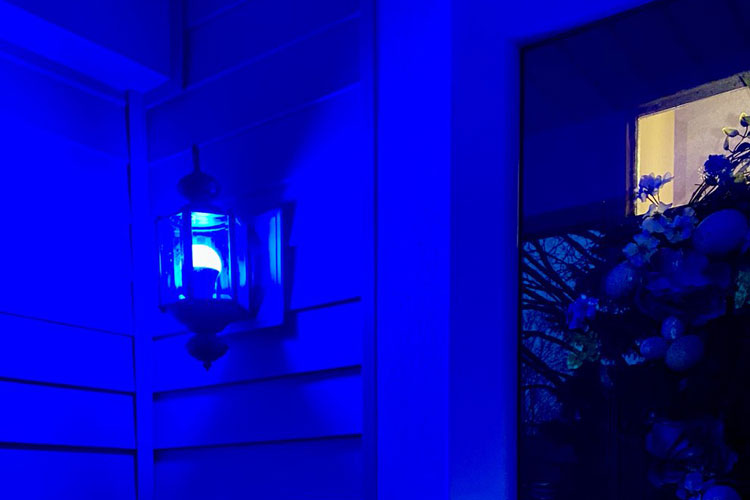 As it caught on, it grew into the Project Blue Light movement. While blue porch lights were originally intended to honor fallen officers, they’re now used to signify a more general show of support for members of law enforcement.

Blue porch lights are also used to raise awareness of medical conditions such as alopecia areata, an autoimmune disease that causes hair loss.

Over 1.7 million Americans are afflicted with this condition. During September, people turn their porch lights blue and post selfies on social media with a hashtag to raise awareness of this illness. 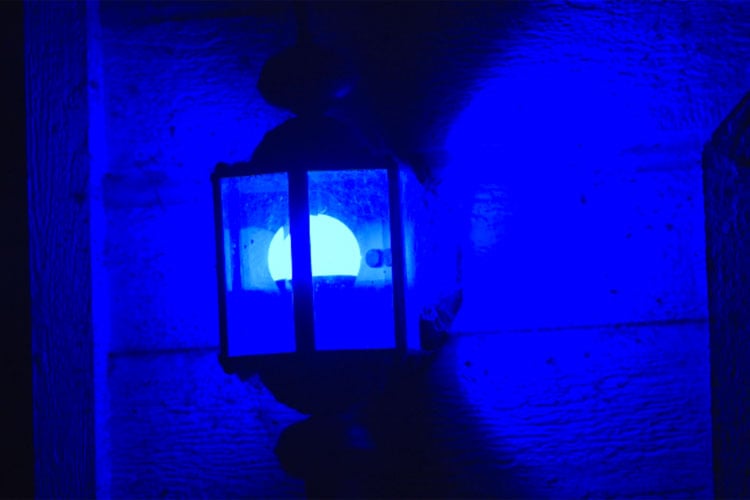 April has historically been the month homeowners display a blue porch light to raise awareness for Autism. For many years, an organization called “Autism Speaks” has encouraged people to change their porch light color. Since many autistic individuals have condemned the organization in recent years, there has been a movement away from using blue to represent this cause. 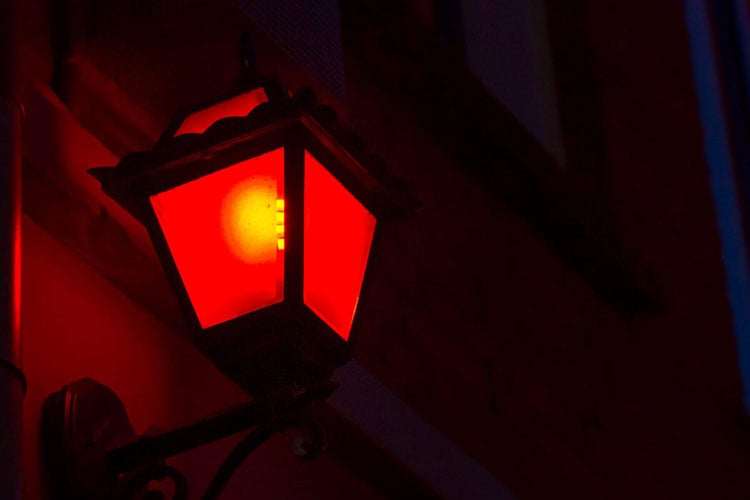 A red porch light may convey several different meaningful causes and holidays such as Valentine’s Day, Halloween and American Heart Month. Red symbolizes love and passion, and since this porch light color is most often seen in front of homes during February, many people associate the trend with Valentine’s Day. The reality is that red porch lights bring awareness to heart health.

February has been officially declared as American Heart Month. The American Heart Association (AHA) encourages all people to maintain a healthy cardiovascular system. As the official color of the AHA, red is often used in their various fundraising and awareness campaigns. 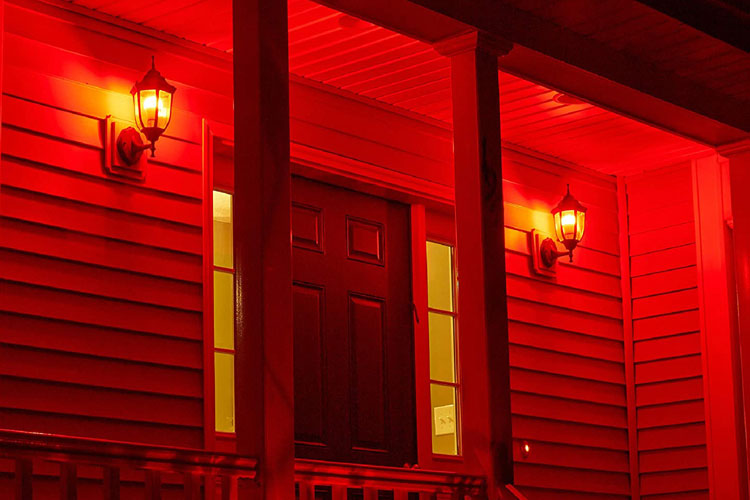 There are other months during the year when you might see red porch lights. They’re fairly prevalent during October, especially near Halloween. While there is no real cause associated with the color choice at this time of year, it’s more about creating a spooky ambiance.

During May, red porch lights have a much deeper significance and can be used to honor heroic firefighters on May 4th, which is International Firefighters Day. 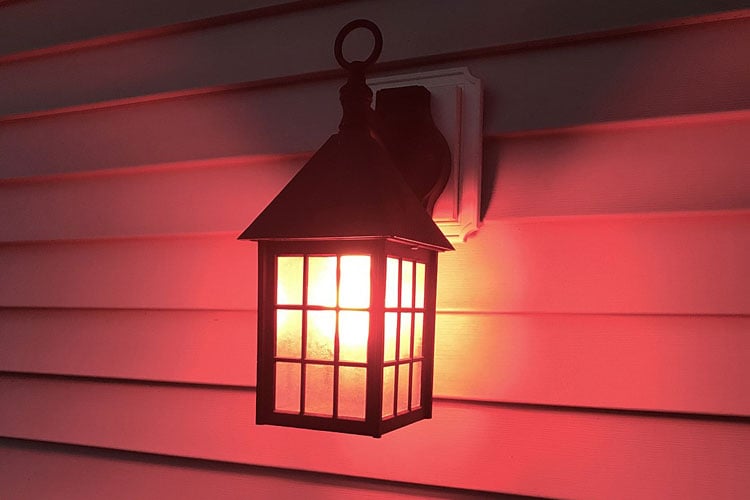 In April, many people use red porch lights to raise awareness about autism. This counter-movement originated in 2015 by people who were opposed to Autism Speaks and their blue light campaign. The color was chosen specifically because red offers a stark contrast to blue, which originally represented autism since it was erroneously considered to be a condition primarily found in boys. 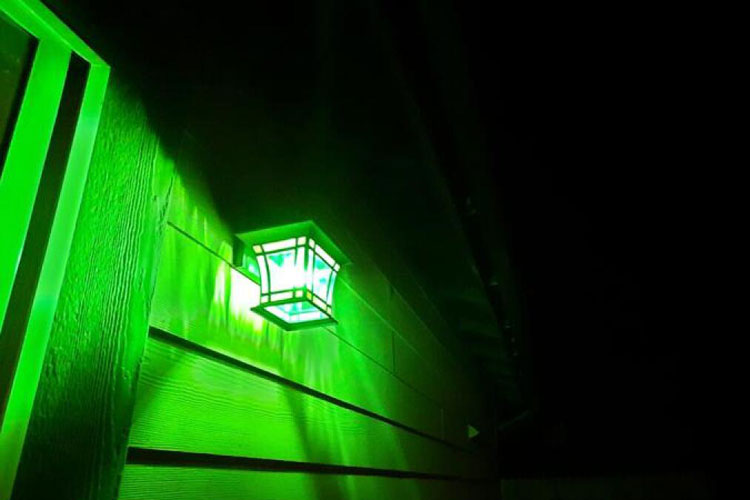 A green porch light is a symbol of respect and appreciation for military veterans in the United States. Also known as Greenlight A Vet, green lights are part of a campaign used to show national support for US veterans. These porch lights are common during Veteran’s Day.

There are multiple reasons why the color green was selected for this purpose. The most readily apparent reason is that green represents the uniforms typically worn by military members and also symbolizes hope, rebirth and well-being. 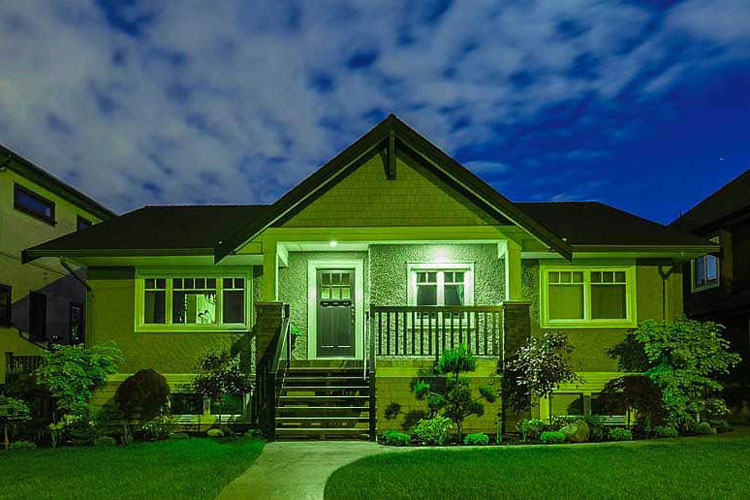 There are a few other times during the year that you might expect to see a green porch light. In March, some people use these color lights as a way to celebrate Saint Patrick’s Day. In May, homeowners go green to draw attention to Lyme Disease Awareness Month.

Lyme Disease is a bacterial tick-borne illness that can have debilitating side effects. While nearly 500,000 Americans are diagnosed and treated for Lyme disease each year, many more go undiagnosed. 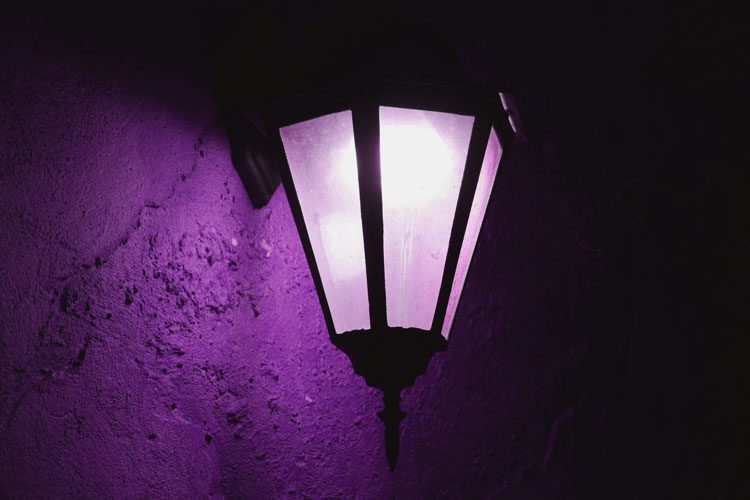 A purple porch light is used to raise awareness of domestic violence and demonstrate support for victims. In June 2004, the Covington Domestic Violence Task Force (CDVTF) was created in King County, Washington and their mission was to bring more attention to incidents of domestic violence as well as provide support and resources to victims.

The CDVTF enacted multiple programs to aid in its mission of community education. In 2006, CDTVF founder Victoria Throm came up with the idea of shining purple lights at night to raise awareness about domestic violence. 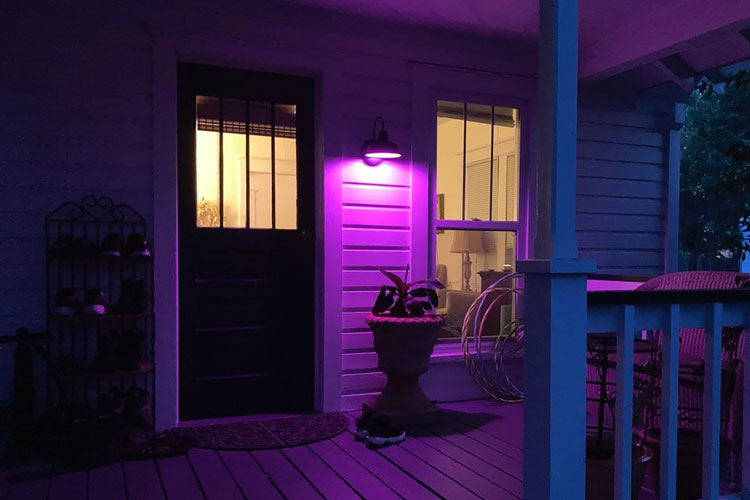 While this initiative started in a single city, it has now spread across the United States. Every October, during Domestic Violence Awareness Month, people across their country shine their purple lights in honor of the victims and survivors. 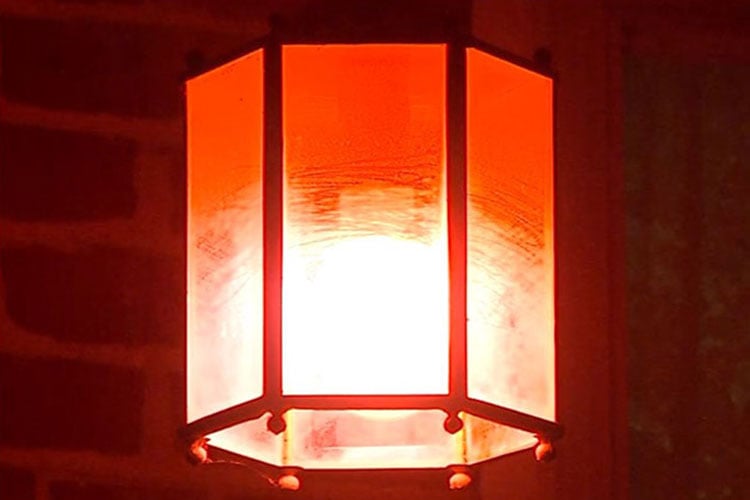 An orange porch light can represent justice or celebrate Halloween. Specifically, orange lights symbolize the search for justice in the deaths of Abigail Williams and Liberty German.

Abigail and Liberty were two young teenage friends who went for a walk on trails in Delphi, Indiana in February of 2017. Tragically, they were murdered that day, and their killer has still never been found. 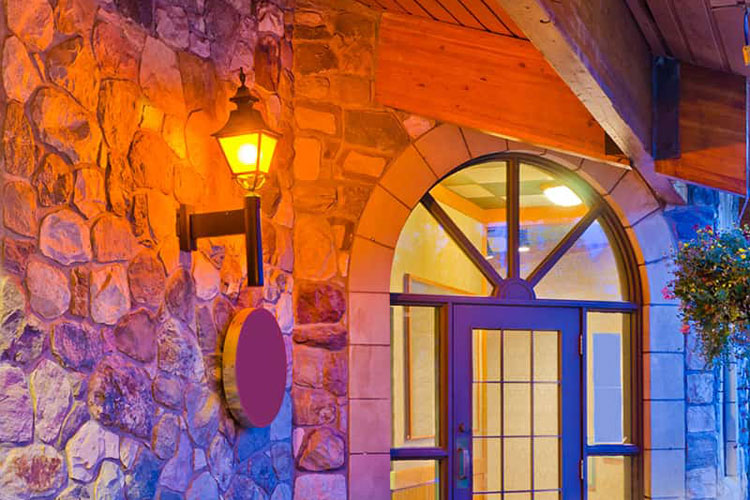 The community of Delphi immediately came together to grieve for the two young lives lost. Throughout the town, people changed their porch lights to orange to show support for the surviving family members as well as honor the police, who are still trying to solve this puzzling case.

Throughout the community, citizens have pledged to keep their lights orange until justice is finally served. 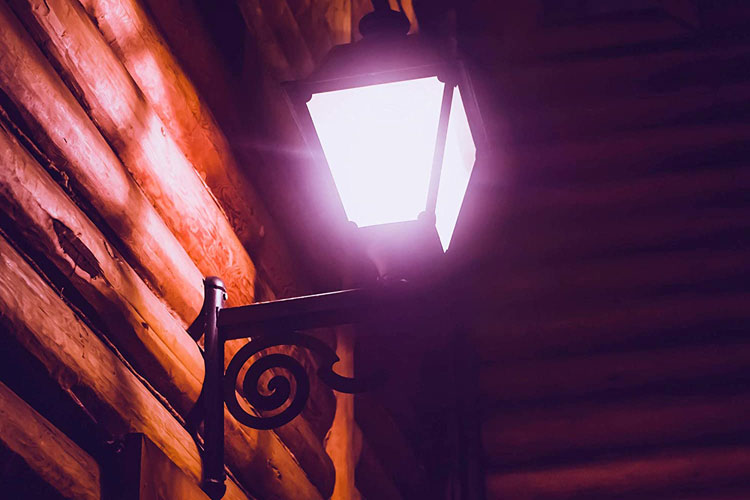 A pink porch light is generally associated with Breast Cancer Awareness, another important medical awareness campaign that deserves your support. After skin cancer, breast cancer is the most prevalent cancer affecting women in the United States.

Currently, there are nearly 4 million breast cancer survivors in the US, meaning it’s important to show support in October during Breast Cancer Awareness month. 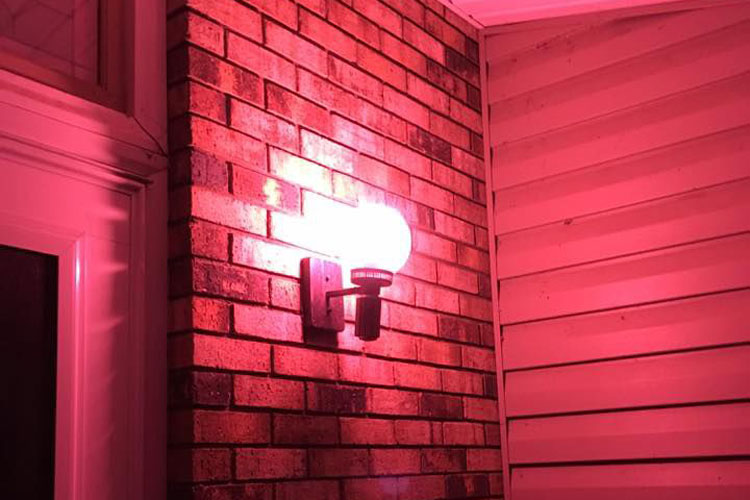 The color pink has long been affiliated with breast cancer awareness. Every October, during Breast Cancer Awareness month, the color pink can be found on a multitude of products. Pink can also be found illuminating front porches, as people swap out their bulbs each October to bring more awareness to this condition. 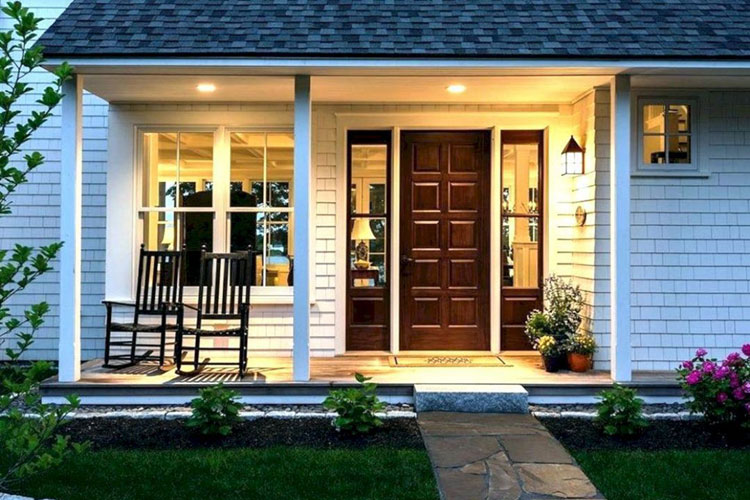 Porch light colors do more than symbolize organizations and raise awareness for causes. These lights can also affect the way you feel, making it an issue of personal preference for many homeowners. There’s a complete field of study that involves color psychology, which measures the way certain colors affect people’s behaviors and how they perceive the world around them. Let’s explore the meaning and symbolism behind different porch light colors. 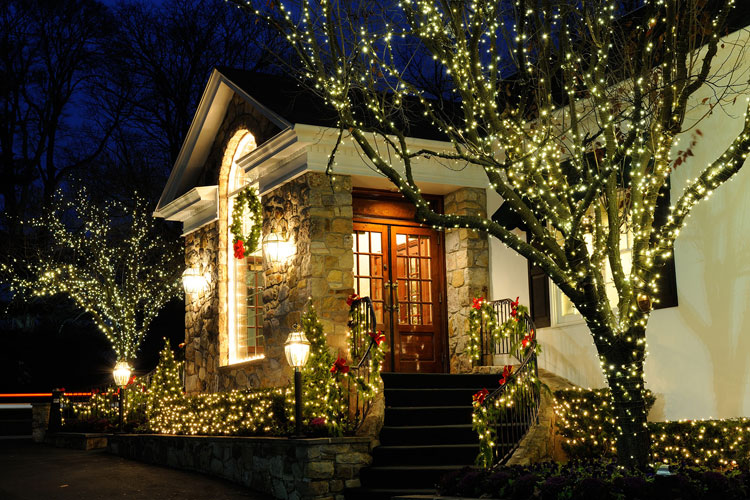 White often symbolizes purity and innocence, which is why wedding gowns in certain cultures are traditionally this color. As the color that embodies natural light, white is a popular choice for outdoor lighting. You can use this color porch light to create a welcoming vibe by choosing a warmer hue. 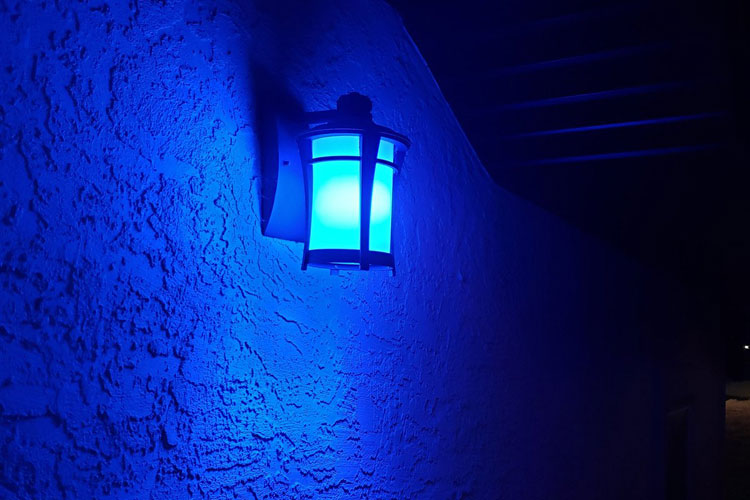 When it comes to cooler colors, blue lighting conveys a sense of calm, peace, and serenity. Some people like to paint their bedroom blue for its tranquil effect, while offices use blue paint to increase productivity and improve well-being. 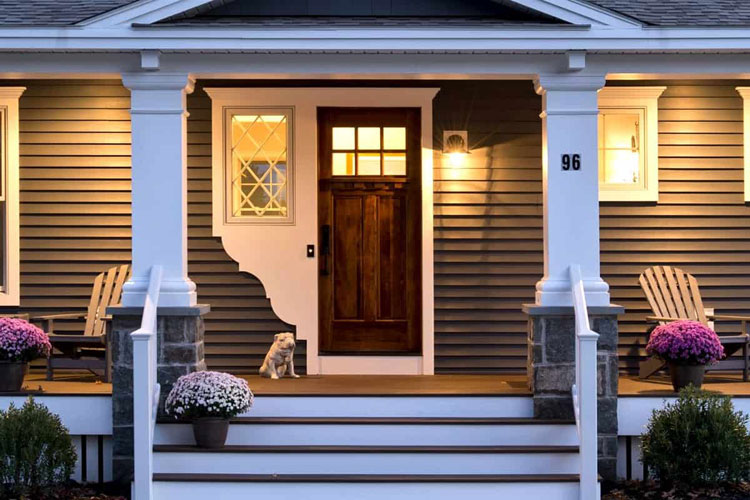 Yellow is an engaging bright color that gives off warm and welcoming vibes. Often associated with happiness and optimism, yellow lighting can help improve your mood. Because it’s highly visible and attention-getting, yellow is often used in warning signs and traffic signals. 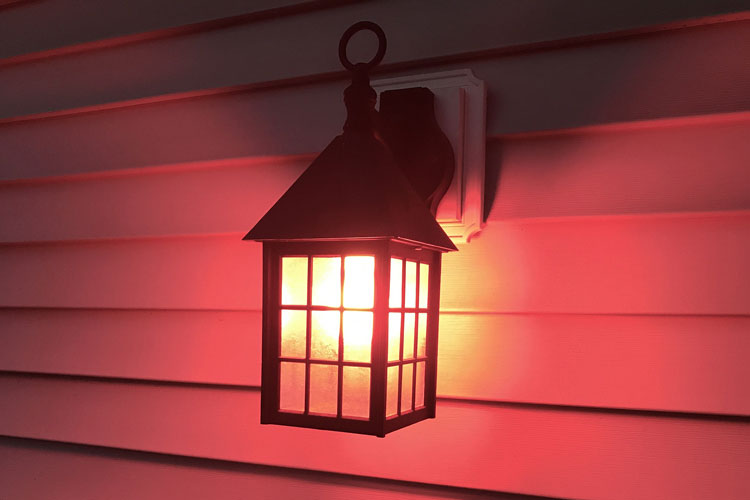 Pink is a calm and soothing color that is most often affiliated with love and romance. It’s also commonly associated with femininity, although that is a relatively new phenomenon. Regardless of gender, the color pink also signifies kindness. 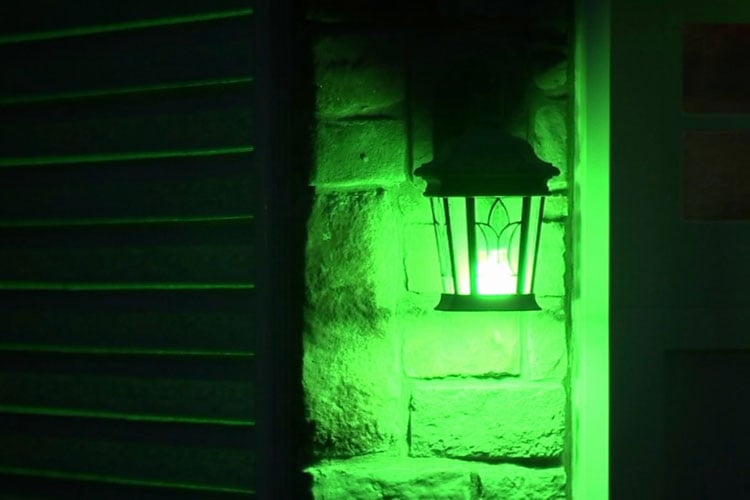 Green is associated with many objects and concepts, including money, health, and jealousy. The color is widely thought of as a peaceful and refreshing color, perhaps because it occurs so often in nature. Green can signify growth and fertility. It is also thought to relieve stress, improve physical health, and help improve thinking and reading abilities. 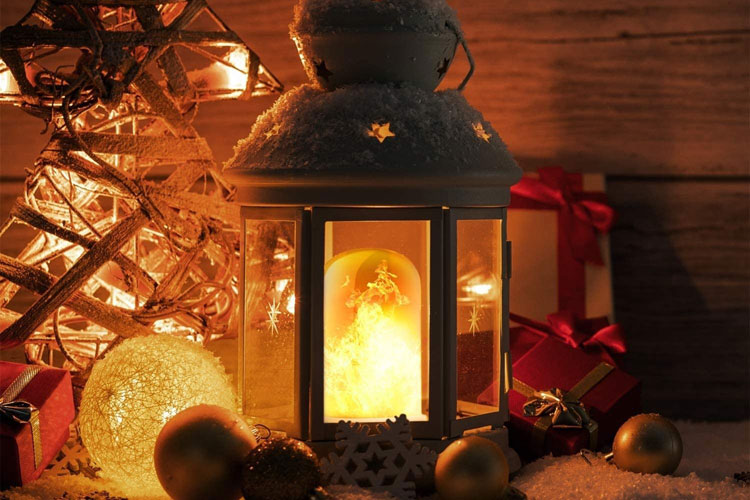 Like yellow, orange is a warm and strong color that grabs attention. Orange is often thought of as an uplifting color that brings happiness and a playful vibe. While some people find the brightness of the color orange to be fun and exciting, others find it to be too intense. While too much can be garish and overwhelming, the right amount of orange is vibrant and energizing. 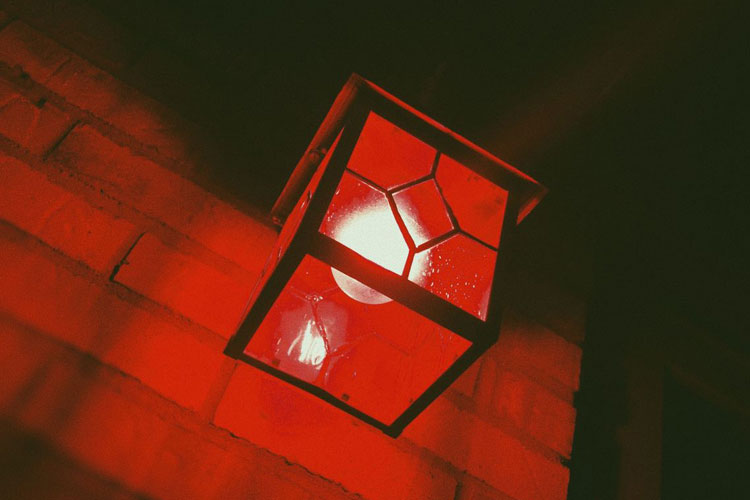 Red is a powerful color that provokes a strong psychological and emotional response in people. Like pink, red is often associated with feelings like love and passion, but this color may also symbolize more negative emotions like anger.

Similar to orange and yellow, red is highly visible on the color spectrum and is used regularly to create warning signs. In addition to warning about physical danger, red warns against more conceptual pitfalls. The term “red flag” is often used to warn people away from harmful relationships. On the positive side, red signifies excitement, power, and energy. 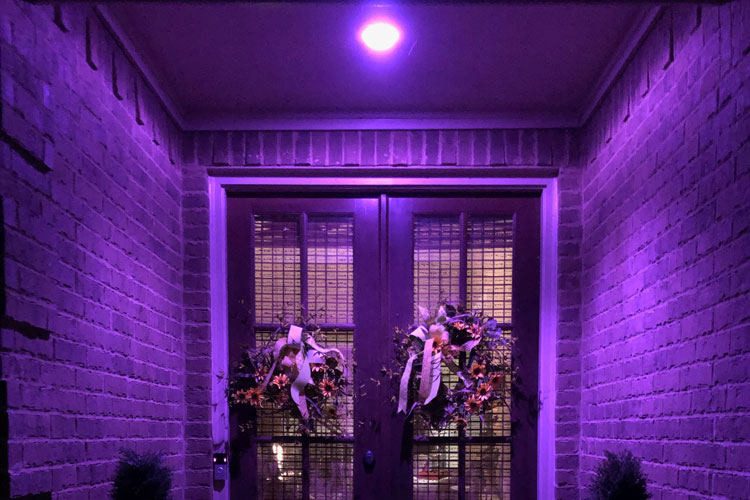 Purple is best known as a color signifying royalty. It also has affiliations with spirituality and mysticism. Because purple is a mixture of blue and red, it’s one of the rare colors that can be considered both warm and cool. This may account for the fact that purple is often regarded as mysterious. There are many shades of purple. While darker purple shades can represent sadness and mourning, lighter shades have more romantic associations.